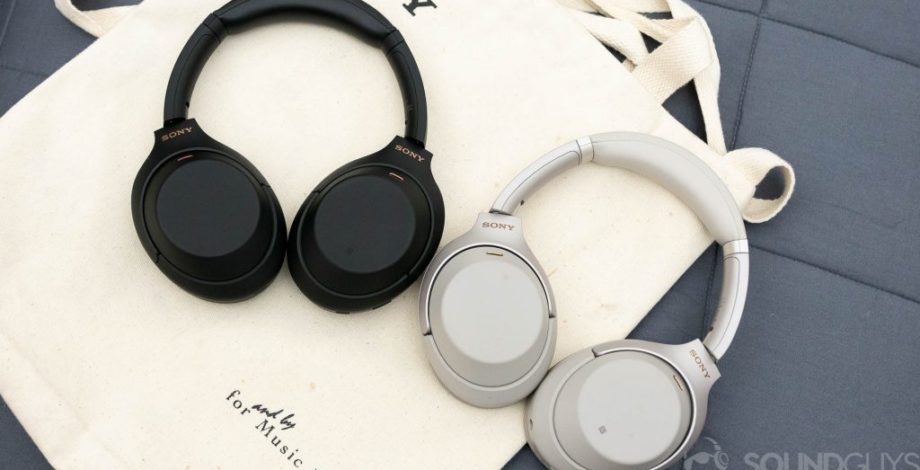 Sony has been high atop the active noise-cancelling (ANC) throne for years now, and it’s mainly thanks to the Sony WH-1000XM3. Competitors launch every few months with an eye on the crown, though none have dethroned Sony. Now it’s time to see if Sony’s latest flagship headset, the Sony WH-1000XM4, has the power to claim the top spot.

The two headsets look nearly identical — Sony hasn’t been too adventurous on that front — but the incremental improvements are not to be overlooked. Changes come with sacrifices though, so you may ultimately find yourself reaching for the classic instead of the new hotness. Let’s break down both pairs to see which emerges on top. Both pairs of noise-cancelling headphones offer touch controls on the right ear cup that let you play, pause, adjust the volume, and skip tracks with a series of taps and swipes. Controls have stayed largely the same, though the sensitivity is night and day. Where the Sony WH-1000XM3 was extremely sensitive and often suffered from accidental inputs, the WH-1000XM4 is the opposite. Adam Molina, our reviewer, found the touch controls unresponsive, so much so that he avoided them when possible.

Both headsets are tied when it comes to software features afforded by the Sony Headphones Connect app (available on iOS and Android). You may create EQ profiles or use presets, and can tap into Sony 360 Reality Audio. Sony’s app is also a must-have if you want to create noise-cancelling profiles for different environments, or prioritize connection stability over sound quality.

One of the new tricks we referred to is the speak-to-chat function, which pauses your playback any time you speak. It works well — maybe too well — as playback often paused if Adam laughed too hard at a joke on a podcast. This may be disabled in the app, if you find it interrupts media playback too often.

The Sony WH-1000XM4 also feature a bevy of added sensors that detect whether or not you’re wearing the headset. Playback stops as soon as the sensors recognize that you’ve removed the headset, which turns out to be the quickest way to stop the music.

The Sony WH-1000XM4 differs on connectivity

While the features are mostly the same between the Sony WH-1000XM3 and WH-1000XM4, the connectivity options offer a real head-to-head. The new pair is updated with Bluetooth 5.0 firmware and supports multipoint connections as well as the high-quality AAC and LDAC codecs. Unfortunately, multipoint only works with AAC — not Sony’s own LDAC — but at least it’s easy to switch between devices.

Sony’s older WH-1000XM3 is stuck back on Bluetooth 4.2, though it supports the aptX codec, which is a plus for Android users: it’s more consistent across devices than LDAC. Despite that handy perk, multipoint is nowhere to be found, so if you want to switch devices you have to do so manually by disconnecting from one before connecting to the next.

Deciding which pair wins the connection quality battle relies on what phone is in your pocket. Apple users will probably prefer the Sony WH-1000XM4 for the multipoint connectivity, and aptX isn’t a necessity for iPhones. However, Android users may be tempted to grab the older WH-1000XM3 as AAC just isn’t great on non-Apple devices.

Both headsets pair via NFC, so you should be able to update your connection by holding your phone up to the ear cup. Sony also kept the 3.5mm jack on both pairs so you can listen without worrying about battery life.

Sony boasts that both pairs can achieve an impressive 30-hours of battery life — and we found this to be not quite true in either case. We found that the new Sony WH-1000XM4 clocked in at just shy of 20 hours, which is still solid playback. Not to be outdone, the older Sony WH-1000XM3 lasted 24 hours on a single charge to take the crown. Our tests are performed with playback set to a 75dB output with noise-cancelling intensity maxed out.

While Sony may have slightly exaggerated the battery life, remember that you can squeeze a bit more playback out of either pair by deactivating ANC or listening at a lower volume. Either way, you’ll be hard-pressed to find a pair of wireless earbuds that last 20 hours. The Sony WH-1000XM3 held down the fort for a number of years with a combination of active noise-cancelling and a good ear cup seal. For the WH-1000XM4 to outperform them, it would indicate that Sony made the best even better. The true test is how well headphones filter out low-end sound as most high-frequency sounds can be counteracted by passive isolation.

Our tests found that the Sony WH-1000XM4 does indeed offer superior noise-cancelling. It peaks around 200Hz, which means that it should offer great — or as Adam put it, pristine — noise-cancelling if you often find yourself commuting on a bus or plane.

Don’t get us wrong, both the Sony WH-1000XM3 and WH-1000XM4 sound great. They’re accurate across the entire sound spectrum and just about any music will sound spot-on and accurate. However, the two pairs are not exactly identical in their sound emphasis. The WH-1000XM4 offers more of a neutral-leaning sound, while the WH-1000XM3 boosts the bass by around 5dB, which makes a perceptible difference. Ultimately, this means that drums and bass guitars will sound a bit louder on the older pair, and it might be the go-to for EDM lovers.

We’re not complaining about the difference at all, just highlighting the fact that the sound profiles cater to different listeners. The bass boost might lend itself to the average consumer, especially if you don’t feel the need to tinker with each and every setting. Audiophiles may lean towards the neutral sound of the WH-1000XM4, but you can always set up a custom EQ in the Headphones Connect App. Doing so, though, defaults you to SBC streaming.

The Sony WH-1000XM3 microphone may have been once and done We were impressed by the WH-1000XM3 microphone when it launched, but it wasn’t perfect. In all fairness, internal microphones sacrifice sound quality for a compact design. Unfortunately, Sony seems to have forgotten what it did right as the WH-1000XM4’s mic system sounds more pedestrian.

The new headset de-emphasizes the bass range while boosting the high-frequency sounds, which means that deeper voices will come through on the quiet side. It’s likely an attempt to thwart the proximity effect, but we miss the older microphone setup.

If you’re just planning to make phone calls it should be fine, but we’d have liked to see another good microphone. This is something Sony could improve with future software updates as we saw Shure do with its Aonic 50 headset. Give each pair a listen down below and decide for yourself:

We’ve gone through the categories and done the math, and we’re finally down to the $350 question — which pair should you buy? If only the answer were quite that simple. The new Sony WH-1000XM4 can do just about everything its predecessor can, though some of the trade-offs aren’t for the better. No aptX means that Android listeners are stuck on Sony’s LDAC, which is great but inconsistent. If you get frustrated by finicky controls, the older pair is probably the way to go, but its controls are finicky in their own right.

Apple users probably have the easiest choice as aptX isn’t a factor, and they can just enjoy the multipoint connectivity and improved sound accuracy. At least you can change either pair’s sound signature within the Sony Headphones Connect app.

Even though this has been an all-Sony showdown, it’s not the only name on the market. The Shure Aonic 50 is a great middle-ground with broad codec support and great noise cancelling, though they’re anything but cheap. Sennheiser also offers much of the same with the PXC 550-II, though the noise-cancelling isn’t quite as strong.

If improvement is your be-all, end-all then you have to look at noise-cancelling. The Sony WH-1000XM3 is no slouch and beats just about everything else on the market, but the WH-1000XM4 really is the king of the castle. If you commute on public transportation or just spend a lot of time surrounded by noise, you’ll not find a better option than Sony’s new hotness.

Check out both widgets if you’re ready to make your pick:

The best-in-class noise-canceling on the Sony WH-1000XM3 headphones makes up for its horrible name (and its high price). Seriously, though, these are probably the best headphones you can get without spending over $1,000.

The Sony WH-1000XM4 make nominal but important improvements from the Sony WH-1000XM3. Listeners who want some of the best, most intelligent noise-cancelling around should get these headphones.