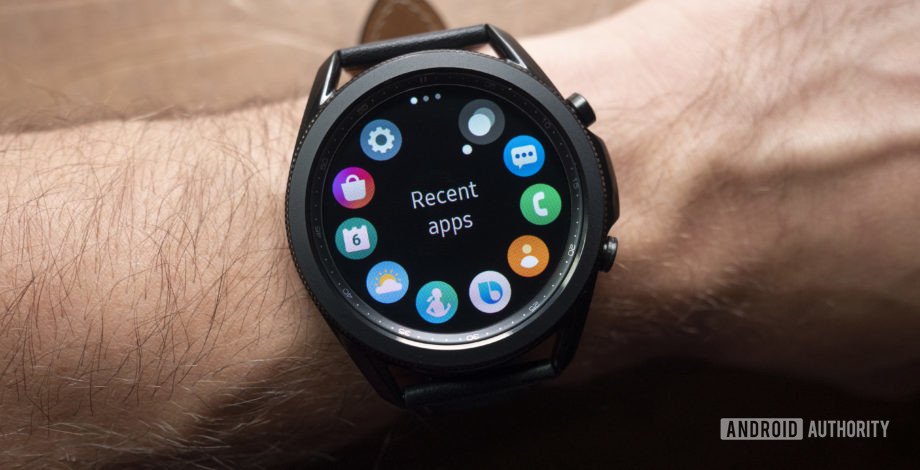 A smartwatch is one of the most convenient pieces of technology that you can have on hand (well, on your wrist). However, not every smartwatch is created equally. Some, like Fitbit, excel at health tracking while others, like Fossil watches, are focused more on fashion. But one thing we love about any smartwatch is saving money with a great deal.

We’ve rounded up all of the latest smartwatch deals we could find and summarized them below.

Featured smartwatch deals: Save on the Galaxy Watch 3 and latest Fitbits

Despite only just hitting the market, there’s a significant price drop on the Samsung Galaxy Watch 3 right now. The hardware and software are better than ever, and if you’re going to buy a premium smartwatch for your Android phone, this is the one you should buy. It’s powered by Samsung’s Exynos 9110 SoC, which has featured in every Galaxy Watch device. There’s 1GB of RAM here, up from 768MB from the Watch Active 2. It’s currently 365.30 ($64.69 off) from Amazon.

Amazon also has offers on a couple of the latest Fitbit smartwatches. The Fitbit Sense and Fitbit Versa 3 aren’t even available until September 25, but not can you preorder them now on Amazon, you can also save a few bucks on the retail price. The Fitbit Sense is available for $306.37 ($24 off) while the Versa Sense is on offer for $216.12 ($14 off). The Fitbit Sense is Fitbit’s new flagship smartwatch and it’s the one to buy if you want all the sensors, regardless of what it might cost you. The company is calling it an “advanced health smartwatch” that’s “built with a biosensor core.”

Check out all three deals via the widget below.

Looking for more smartwatch deals from Fitbit, Garmin, Samsung, and others? Keep reading!

As we’ve made clear, if you’re looking for a new fitness tracker, one name near the top of your list should be Garmin. We’ve found a selection of deals on Garmin watches, with our the most eye-catching being on this Garmin Venu bundle and the Forerunner 645.

We’re also featuring the Garmin Vivoactive 3 Music, the Fenix 5S, and the Garmin Instinct — a rugged watch with a three-axis compass and a barometric altimeter. It’s built to the US Military’s 810G standard for thermal, shock, and water resistance.

The Vivomove HR Sport comes preloaded with features that can help you keep track and monitor your workouts. Whether you’re working out at the gym, going for a swim, or taking a jog outside, this smartwatch can help you up your game. Among many features, the interactive touchscreen lets you scroll through your messages, check your heart rate, step count, and calorie count throughout the day.

You’ll probably already know that the Fitbit is a smartwatch with a fitness focus. You can choose from a wide variety of styles and colors and pair them with any device. Whether you want the iconic Fitbit Charge or the larger Versa Lite, there’s probably a Fitbit that meets your needs.

If you want to make fitness your forte, check out the top deals below.

You can learn even more about fitness trackers right here. Fossil is another big name in the smartwatch game, making high-end smartwatches with a wide variety of color options. You can choose from black, dark blue, and other options with leather bands that can look fashionable anywhere.

Here are some of the best Fossil deals around right now.

There are also often sweeping discounts to be found on the Fossil website. While there is a sale on right now, almost all the top smartwatches are out of stock. This situation could change quickly though, so hit the button below to find out what smartwatch savings you can make. If you’re loyal to Samsung, there are still savings to be made. You can keep all of your tech in the same family as your Galaxy phone with the Galaxy Watch Active. As the Active name might suggest, it’s a fitness-focused smartwatch with a minimalist design.

You can check out good deals on the Galaxy Watch Active and Active 2 below. You can also make huge savings on the Galaxy Watch from Dailysteals right now. The two caveats are that it’s only available in Rose Gold, and it’s the international model. It functions equally well, but won’t be covered by a Samsung US warranty. Still, at this price, it’s well worth considering.

The next two offerings in the roundup focus on smartwatches designed for fashion. You’re probably already familiar with Michael Kors for its purses and accessories, but now you can make your tech match too. You can take your pick from nearly a dozen colors and still enjoy the features that make a smartwatch handy.

Take your fitness tracking into the realm of high-fashion with a Michael Kohrs smartwatch. It’s not a fitness-first watch but you’ll find that it keeps up with sleep and steps and looks great in any situation.

Save on the Michael Kors Access Sofie watch via this widget:

Not all fitness trackers are rugged or black. You can embrace high-fashion styling with the Michael Kohrs Sofie smartwatch and make a statement with your tech. While a few names seem to bubble to the top of the popular smartwatch lists, we can’t give every manufacturer its own section. Otherwise, we’d still be updating the savings by the time they change again. This section is where we’ll highlight deals from other manufacturers like Huawei, Apple, and more.

Check out some nice deals from Mobvoi and Apple below.

Those are the best smartwatch deals we could find right now, but we’ll bring you more deals as they crop up. In the meantime, if you want to check out which fitness trackers are on offer, you can check out our fitness tracker deals hub.