Which upcoming folding or dual screen smartphone are you most excited about? 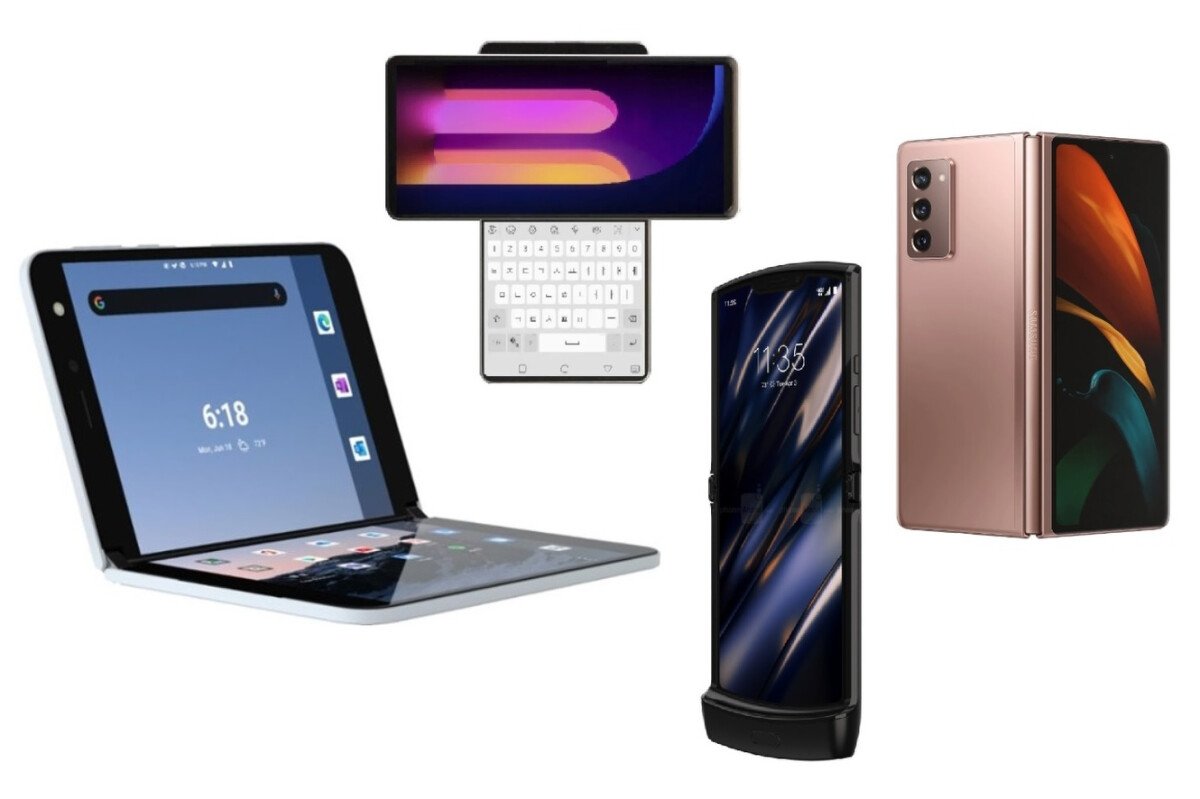 Many smartphone enthusiasts have voiced their disappointment with how uninspired and samey phones became in recent years, with not much innovation happening, other than minor spec bumps.

Well, things are finally getting interesting thanks to the introduction of dual screen and folding smartphones. Right now, we’re expecting several new such phones to be released by the end of the year, each with its own unique solution to giving us more screen estate while remaining pocketable.

Let’s go over some of those! Afterwards, let us know which one gets you most excited by voting for it and leaving a comment.

Microsoft surprised us by going in a different direction from Samsung and Huawei and introducing a dual screen smartphone as opposed to a folding one. The Microsoft Surface Duo is going to feature two 5.6-inch displays held together by a hinge and a highly impressive, super thin design.This will be Microsoft’s first Android smartphone and is to be released in the US on September 10, for a starting price of $1,399.99. Samsung was the first major phone maker to introduce a folding smartphone to the masses with its 2019 Galaxy Fold. With the upcoming Galaxy Z Fold 2, the Korean giant is expected to refine and improve upon its predecessor, likely making the Z Fold 2 the most polished foldable smartphone to date.

We’re getting a larger outer display, an improved hinge and great cameras. The folding display itself is going to be 7.6 inches and running at a 120Hz adaptable refresh rate for a smooth Android experience and gameplay. Also known as the Moto razr 2, the Motorola razr (2020) is the upcoming successor to the 2019 phone of the same name. Similarly to Samsung’s Galaxy Z Flip, the Motorola razr folds vertically into a square and unfolds into what is mostly a standard smartphone form factor. Thus, you’re not going to get more screen estate, but a highly pocketable smartphone. Its folding display is to be around 6.2 inches according to the latest Motorola razr leaks.

The Motorola razr’s price and release date are expected to be unveiled on September 9. The 2019 razr was priced at $1,499 and we can only speculate if this new one would be more or less expensive than that. Recently we started seeing the unique dual screen LG Wing in the wild. Videos of the T-shaped phone showed it in action, and leaks have suggested that its main display will be 6.8-inches, while the one on the back – 4 inches.

LG was definitely thinking outside the box when designing this phone, as yes, it features one display over another, with a twist of the hinge revealing the one in the back. From a standard smartphone form factor, you then end up with the aforementioned T-shape, where both screens are open to different multi-tasking scenarios.

The LG Wing will likely be released sometime this fall, for the alleged price of $1,000.