Towing with an Electric Pickup Might Pose Charging Challenges 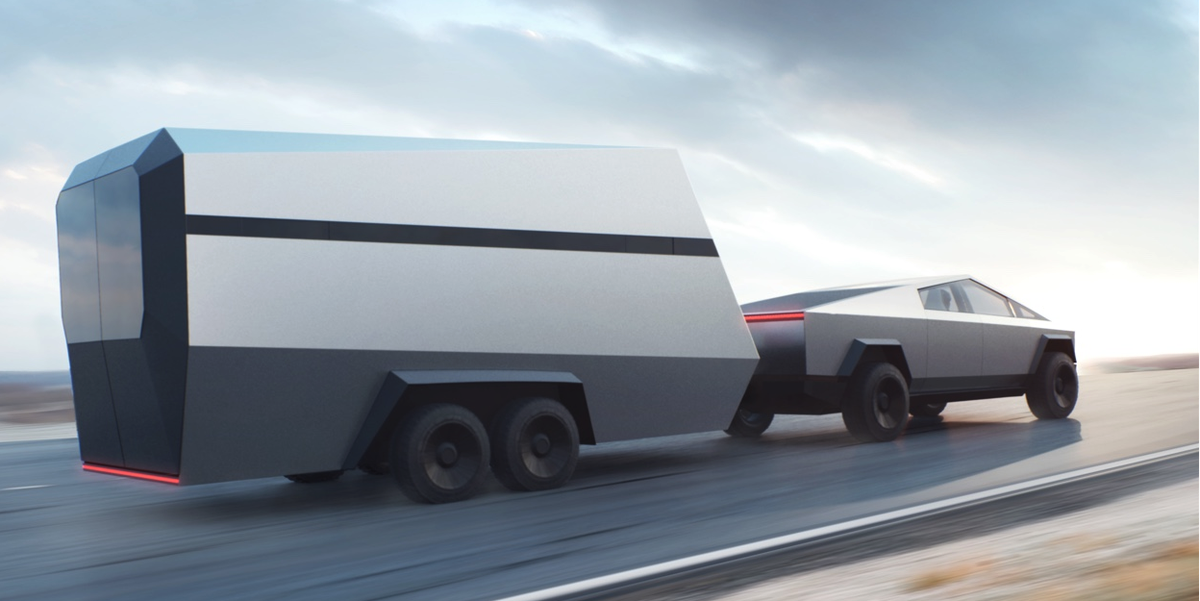 Pickups are great for hauling and towing. And sure, most new trucks on the street do very little hauling or towing, but the potential to hook up a trailer to a vehicle and drag it to another location is a selling point. Traditional and startup automakers know that they need to have that towing capacity number out there for their upcoming electric trucks. Plus, it’s easy to point to the torque granted to the trucks by the electric powertrain that should make short work of loaded-up trailers and campers. It’s those campers and in some instances vehicle haulers that are going to cause some problems for these owners. How will they charge the truck to keep it on the road during a long drive?

At issue is charging stations. Most are built for a single vehicle to pull into a parking spot and are likely in some sort of shopping center. A truck pulling a trailer behind it can’t fit into a typical station. There are pull-through stations but they’re few and far between and currently, there’s no way to know if a bank of chargers on your route has such a station.

The result could be the owners of these electric pickups unhitching their trailers just to recharge their vehicle. If automakers truly want their EV pickups to be purchased by people who will actually use the towing feature, they’re going to have to work it out with the charging station companies.

Where this stands with some of the automakers is mostly unknown. Nikola said, “The company has not yet disclosed any talks with any groups around charging and does not plan on doing so for a while.” Bollinger CEO, Robert Bollinger told Car and Driver, “We have not had any discussions with charging station companies concerning this specific situation. But thanks for pointing that out.” GM for its part said it has nothing to share at the moment.

Some companies have already started trying to figure out the situation. Rivian’s agreements with charging companies specify that it will need space to accommodate vehicles that are towing trailers, and it’ll make sure there is room for this type of charging in its own charging network.

It’s also something that’s already on the minds of some of the companies delivering power to these vehicles. “The challenges we have faced with our pull-through style locations involve non-EVs driving between the spaces at speed and ICEing (non-EVs blocking access to chargers). This has typically resulted in us mitigating via additional signage and traffic protection which removes the pull-through ability,” Mike Moran, head of communications for Electrify America, told C/D. “As the demand grows for charging vehicles with trailers, we may consider site design modifications in the future as the company continues to roll out its ten-year investment strategy.”

On the Tesla front, the company controls its own Supercharger network, so it should be able to adjust its stations to accommodate the upcoming Cybertruck. Like other Teslas, its charge port is at the back of the vehicle on the driver’s side. So it needs to be backed into a spot that would be impossible with a trailer attached. Tesla’s plan is to build Cybertruck-friendly pull-through charging stations.

Charging port placement might play a roll in ease of charge depending on how charging stations companies build out their pull-through stations. Like Tesla, Nikola’s Badger has its port in the back. Rivian, Lordstown, and Bollinger have ports near the front of the vehicle while Ford and GM haven’t shared information on their port locations for the F-150 and Hummer yet.

With most of these vehicles expected to go into production in mid to late 2021, there is some time for solutions to be hammered out. Of course there also cloud be some workarounds. Vehicles with chargers in the front could pull up with the trailer at an angle that doesn’t block traffic is certain parking lots. In some cases, some of the stations are next to an open parking spot that could act as a pull-through if the cable can reach the truck. It’s not ideal, and it’s definitely going to sell an electric truck to someone who needs to haul a trailer. But with everything else around EVs, the infrastructure needs to be built out if there’s to be mass adoption.