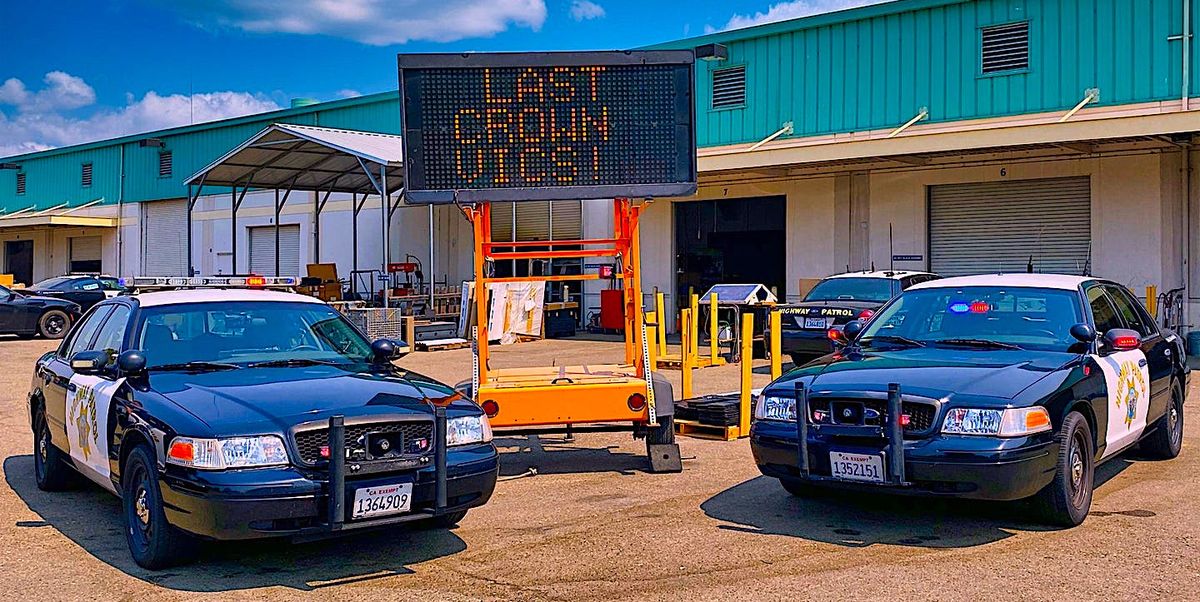 We nailed it. Two years ago, Car and Driver ventured up to Sacramento to experience one of the last Ford Crown Victoria P71 Interceptors in the California Highway Patrol’s fleet of black-and-white Panther platform prowlers. The particular car we drove, Unit 2151 in the CHP’s fleet, was, according to the CHP, the Crown Vic with the lowest mileage showing on its odometer. And this past week, the agency announced that the last of these big Ford sedans had been retired. There in the photo that accompanied the release was good old Unit 2151—it’s the “slick top” without the light bar on the right side of the picture.

Yes, Unit 2151 truly was the last of the CHP P71 Interceptors to be retired. Here’s our story from the May 2018 issue. Or at least one of the last two. We’re calling it the last, and that ends the debate we’re having with ourselves.

It’s kind of a sad moment here on the left side of the country. From 1996 to 2012, the P71 was the only vehicle the CHP purchased as its regular patrol vehicle. So we all memorized the appearance of those cars, particularly the relationship between the amber driving markers and the headlights, and could spot a Crown Vic bearing down upon us.

According to Greg Zumstein in the North Sacramento CHP office, Unit 2151 left that office’s lot on January 14, 2020, with 97,716 miles showing on its odometer. That’s up from the 63,952 that were showing when C/D had its encounter in early 2018. We have placed calls with CHP Fleet Operations to find out where 2151 has been used between January and its retirement on September 1. Because it’s important questions like this that are at the very heart of Car and Driver’s mission and the essence of automotive journalism itself.

The Panther-platform Crown Vic left production back in 2011 after running in two generations from the 1992 to 2012 model years. All the 2012 models were built for export. The square-bodied Panther-platform LTD Crown Victoria ran between the 1979 and 1991 model years. Unit 2151 is a 2010 model. The last P71 Interceptor went to the Kansas Highway Patrol, and the last Crown Vic of any sort left Ford’s Saint Thomas plant in Ontario, Canada, on September 15, 2011, and was exported to Saudi Arabia.

While this is the end of the Crown Vic for the CHP, a few of these beefy warhorses—and yes, in this context even a horse can be beef—are still on the job. Even in California. Several agencies stockpiled cars as production was ending and put them in service years later. Both the Los Angeles County and Santa Barbara County sheriff departments still have P71s in the fleets. And in the city of Santa Barbara, they are still used by the police to trawl those mean streets.

The CHP adopted the Explorer-based Ford Interceptor Utility to replace the Crown Vic and later moved over to V-6–powered Dodge Chargers. Currently, some Chevrolet Tahoe SUVs are joining the fleet as patrol vehicles.

It’s not like the Crown Vic is the pinnacle of automotive achievement. It was just a big and rugged sedan. But as a police car, it was iconic. Not fake journalist-spewing-words iconic, but literally a vehicle that for many of us is the only police car we knew growing up. Its passing means something.

Not much, but something.