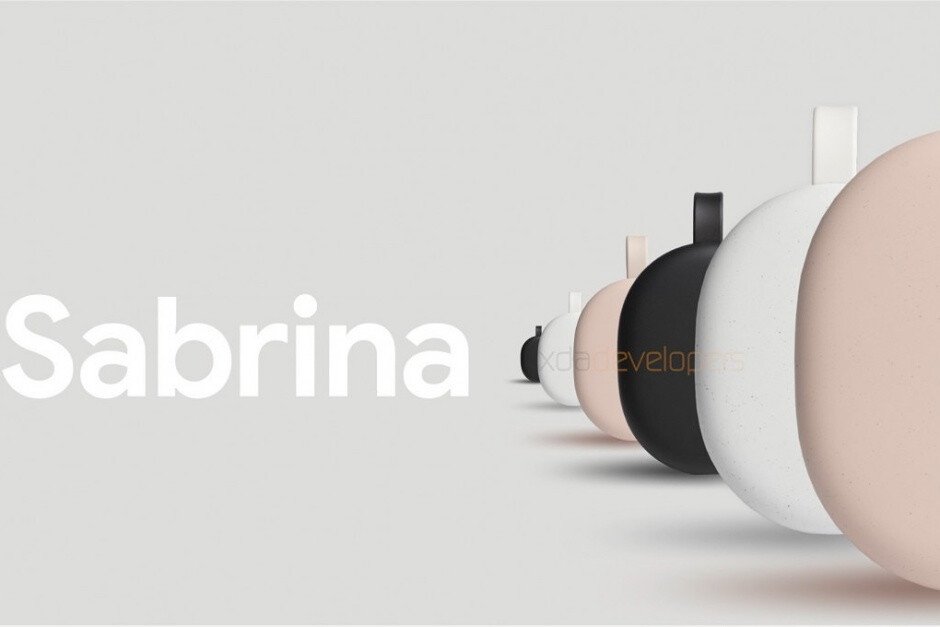 Even after finally releasing the mid-range Pixel 4a handset, Google still has a whole bunch of different gadgets left to unveil by the end of the year, including a 5G-enabled variant of the aforementioned budget-friendly smartphone, a (slightly) higher-end Pixel 5 with 5G support, an as-yet-unnamed smart speaker, and an Android TV dongle known simply as “Sabrina” based on an internal codename.

Rendered for the first time way back in June in three colors, Sabrina is undoubtedly moving one step closer to a commercial debut with several new rumors and leaks contradicting the price point initially speculated all those months ago.
According to one premature Home Depot listing that lives on in a cached version after being deleted from the retailer’s website, Google’s “Sabrina-Abbey” bundle could cost as little as $49.99, at least in a “Rock Candy” hue expected to look a lot like the Chalk (aka white) flavor of the Nest Mini. Abbey is believed to be the codename of a handy remote accompanying Sabrina to market, which would further increase the value of a digital media player that seems destined to undercut the Chromecast Ultra now.
Knowing Google, it’s highly unlikely that the price will be left up to third-party retailers, so odds are “Sabrina” will launch nationwide at either $50 or $60. Both tags sound pretty competitive in a market that currently includes $49.99 Amazon Fire TV Stick 4K and Roku Streaming Stick+ options with bundled voice remotes, as well as 4K Ultra HD and HDR technologies.
In addition to Rock Candy, Google’s Sabrina streaming dongle should arrive in “Como Blue” and “Summer Melon” paint jobs as well while packing the same Amlogic chipset and 2GB RAM count as the Verizon Stream TV set-top box and running a software platform likely to be rebranded from Android TV to Google TV. Speaking of branding choices, we fully expect the search giant to put the upcoming digital media player under the same Nest umbrella as its long overdue Google Home sequel.