As part of a planned Batman Day celebration (is that a thing? I don’t think that’s a thing), DC Comics has announced that Waze is getting both Batman and Riddler themes through October 31st, replacing your car with more appropriate iconography, and letting you hear directions voiced by either Batman (Kevin Conroy) or The Riddler (Wally Wingert). An accompanying DC Comics Roadtrip playlist is also available through Spotify. 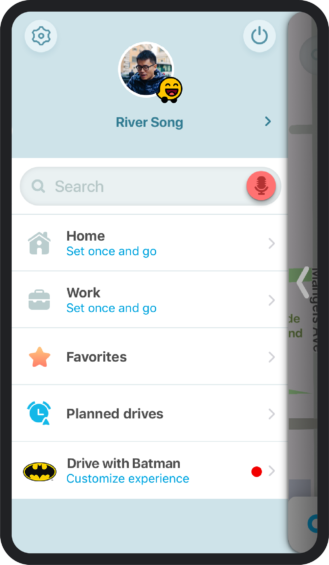 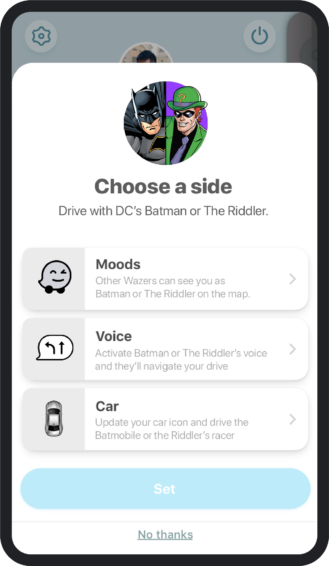 As part of the fun, you can select one of two “sides,” teaming up with either Batman or The Riddler, replacing your car in the Waze app with theirs — one, of course, is much more recognizable than the other. Narration, including navigational instructions, will also be replaced by the character you choose, apparently compatible with English, Spanish, and Portuguese. Your “Mood” can also be replaced with either Batman or The Riddler for other drivers to see.

The promotion will run until October 31st, right through the”global Batman Day celebration on September 19, 2020,” which I am 99% sure DC Comics is making up and is not actually a thing. Spotify playlists for the full Batman and Riddler ride-along experience have been published for your listening pleasure.